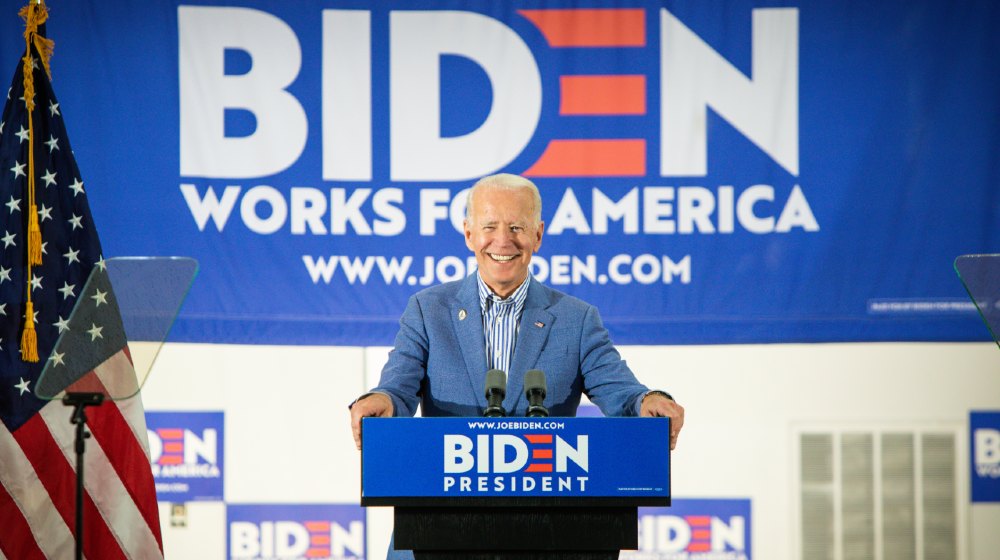 Democratic candidate Joe Biden promised to become “the strongest labor president.” This happened last Labor Day as he was speaking at the A.F.L.-C.I.O headquarters in Harrisburg, Pennsylvania. In private, Biden’s campaign assures Wall Street that the status quo will remain.

RELATED: Average Income in US Was Highest in 2019

Two months ago, Biden released economic recommendations that turned heads at Wall Street. They include post-office banking and Fed-guaranteed bank accounts for all Americans. Talking to Wall St. executives, the campaign cleared that those are not central to the agenda. An anonymous investment banker claimed the campaign emphasized that on many occasions.

During his AFL-CIO meet, Biden vowed to increase the wages of essential workers. He also promised to hold executives liable should they interfere with unionization efforts. He proclaimed that “Wall Street did not build this country. You did – the great American middle class.” He noted that the middle class was responsible for labor unions and that Americans “now finally get it.”

“You can be sure you will be hearing that word ‘union’ plenty of times if I’m in the White House,” Biden said. “If I have the honor of becoming your president, I’m going to be the strongest labor president you have ever had. If I’m in the oval office, guess who’s gonna be there with me? Unions, labor, you.”

Doesn’t Plan to Side Too Often

While today’s Labor rhetoric is strong, the candidate’s earlier pronouncements seem less enthusiastic. Signum Global Advisors advised last month that Biden isn’t as progressive as he seems. In a note to clients, it said that if the Dems win the presidency, it may not be as world-changing as they make it seem. The note said: “the presumptive Democratic nominee doesn’t plan to side too often with those on the left side of the political spectrum.

Earlier this month, Biden said Wall Street supports his $640 billion housing plan. This plan would force low-income, multi-family housing developments into America’s suburban communities. He said that Wall Street supports his housing plan because it “will increase the GDP.” It aims to expand Section 8 housing vouchers and force local communities to abolish strict zoning laws. Otherwise, they will not be eligible for certain federal grants.

Will The Real Joe Biden Please Stand Up?

So, which Joe Biden will ultimately show up? Will it be the Union Joe, with labor by his side, or will it be Trader Joe, who has the backing of Wall St?

The answer may be the same person. Once Biden bagged the nomination, his team met with Sanders supporters to merge positions. The latter found they could win policy concessions if they fit within Biden’s broad public statements. Upon completion of the merge, the Biden campaign labeled the task force ideas as recommendations only. Meanwhile, Sanders supporters consider them binding.

So, which is which for the Democratic nominee? At some point in his campaign, he may want to put both feet into one camp. Otherwise, a potential White House occupation will feature violent internal policy clashes. A preference to remain in the center, plus a tendency to give in to outside pressure may spell doom from the get-go. After all, Biden is a legislator, so his gut instinct is to legislate. Supporters will call Biden’s style as flexible and a broad coalition-builder. Everybody else sees it as pandering and not having a leg to stand on. This is the actual status quo for the Democratic nominee.

Watch this as Joe Biden goes all out for unions during Labor Day:

Which one do you think describes Joe Biden? Consensus-taker, or plain panderer? Let us know by sharing your thoughts on the comment section below!

We Underestimate How Strong The Economy Will Be In 2021