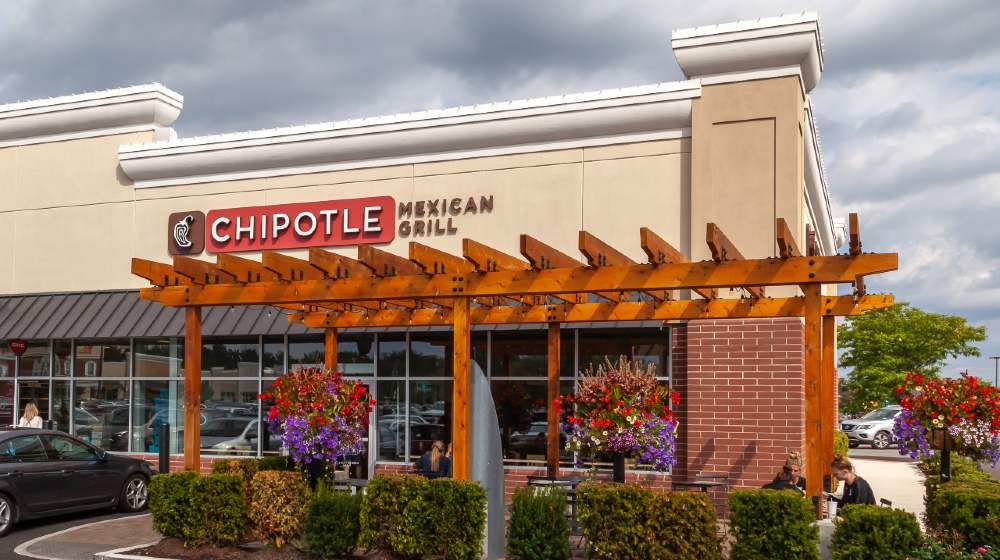 To entice workers, American fast-food chain Chipotle offers higher wages and a chance to earn six figures in a few years. The company is embarking on a massive hiring binge to fill out positions across its chain of restaurants.

Currently, many chains are finding trouble hiring workers, so Chipotle is sweetening the pot with higher pay and promises of bigger opportunities.

Last Monday, Chipotle said the company will increase the average pay of its restaurant workers to $15 per hour.  the chain announced Monday.

The wage adjustments will start within the next few weeks for both current and incoming employees. This will result in a pay range of $11 and $18 per hour.

With a career at Chipotle, employees have the opportunity to go for a general manager position within three and a half years. The position comes with a chance to earn $100,000. Therefore, new Chipotle workers can reach six figures within a couple of years.

The Mexican Grill chain aims to sign 20,000 employees ahead of the summer. To help reach its target, Chipotle announced it’s rolling out a $200 employee referral bonus.

In addition, the company will also hold a virtual job fair on May 13 via its Discord social media platform. Other fast-food chains aren’t far behind.

Taco Bell hopes to get at least 5,000 people during a recent nationwide event. Meanwhile, McDonald’s went on an aggressive hiring spree to get 25,000 employees in Texas. IHOP signified its desire to hire 10,000 new people by the summer.

Chipotle and other chains hope that signing bonuses and higher wages entice workers who continue to resist getting back to the job market.

Unemployment benefits are presently supplemented by federal benefits. This means that many low wage workers earn the same or higher amount even as they stay home safe. Getting a job for the same rates doesn’t make economic sense, and increases the risk of COVID-19 exposure. Many other workers left the industry altogether to take up other jobs.

Despite the incentives, many workers are wary of Chipotle for its less-than-stellar labor practices. Its pay practices came under fire in New York recently.

The Empire state sued the company for violating a law requiring fast-food chains to give workers more predictable, less hectic schedules. The suit alleges that Chipotle didn’t give workers the needed heads up and scheduling estimates.

The chain also reportedly falsified documents to make it appear that employees waived their premium payments as a result of violations.

The fast-food chain forced workers below 18 years to work without permits for too many hours. They also schedule underage workers to work night shifts.

Do you eat at Chipotle? Did you have a good dining experience when you ate there? Share your stories of eating at Chipotle in the comments section below.

Cancel reply
Related Topics:Chipotleemployment
Up Next