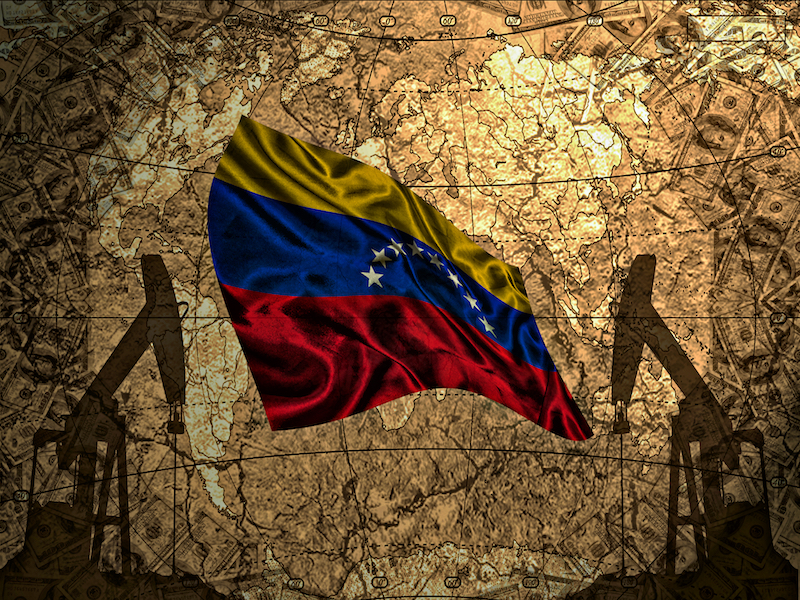 Venezuela—now infamous around the world for its near-bankrupt state—is currently the third-largest supplier of crude oil to refineries in the United States.

Although some speculate that its death throes are near, in order to hold onto its position and stake out its share against its main competitors—Canada and the Middle East—it is offering crude oil to the U.S. at the greatest discount it has offered in eight years.

In its Bid to Hold the United States Market, Venezuela is Underselling U.S. Domestic Oil

Venezuela is now discounting its oil to the point where a basket costs more than $12 a barrel less than the WTI Benchmark.

Though for seven of the last ten years it has undercut the WTI Benchmark—going above it for only three—its current discount represents an eight-year low in that undercut.

Average discounts below the West Texas Intermediate Benchmark in the past two years ($3.78 and $3.73 respectively) were less than half of the average discount this year ($8.44).

The state oil company, Petroleos de Venezuela SA, is financially overextended by $14 billion in bonds and is expected to cut its output by at least 4.4 percent this year.

It is projected that it will only put out 2.3 barrels a day at maximum in coming months.

Analyst Virendra Chauhan of Energy Aspects Ltd. opines that in the face of the cuts in both production and export, Venezuela is choosing to keep the business of its nearby neighbor—the United States—rather than continue exporting to the Asian market, which Iran and Iraq can easily service.

Exports from Venezuela are Rising, But Not Because of Higher Production or for Other Positive Reasons

Venezuela’s infrastructure is beginning to fall apart, and Petroleos de Venezuela SA’s refineries have been suffering power outages, only some of them planned.

This crippling of refineries has been leaving more crude oil for export to the United States.

Shipments from Jose increased by more than a fifth in April, which reflects the number of rolling blackouts the country has suffered in the throes of its collapse.

In fact, experts predict that with the demise of the infrastructure, even exports will begin to drop off, eventually leaving Venezuela with even less revenue and reducing its already shrinking economy even further.

The Reasons Why Venezuela is Second on That List are Obvious

95% of Venezuela’s export revenue comes from crude oil—there is simply no escaping that fact.

Oil is Venezuela’s greatest resource and export, and oil prices are suffering at the moment.

Depression in oil quite literally could not have come at a worse time for Venezuela.

There is a serious chance that the country will default this year should oil not recover spectacularly or help arrive from another source.

Still, Even if Oil Made a Miraculous Recovery, Would it be Enough to Save Venezuela?

According to RBC Capital Markets, Venezuela would need to be able to sell oil at a staggering $121.06 a barrel to balance out the yearly budget alone.  Besides being an occurrence improbable enough to score a place in a Douglas Adams’s book, oil prices reaching that point would not solve Venezuela’s political problems, or fix its collapsing infrastructure.

Venezuela’s problems run deeper than oil, and the world is more than aware of it.

The Washington Post stated in a recent article that it is basically a toss-up whether Venezuela’s economy or Venezuela’s political system will collapse first.

A company called PKVerleger LLC has set aside a portion of its website and named it “VenWatch” so the world can witness one short entry at a time what a train wreck Venezuela and the oil industry have become.

So Where Does This Leave the Situation?

There is no denying that Venezuela is in terrible trouble—as a country, as a political power, as an economy, and as an oil supplier.

If the situation is not ameliorated, a total collapse would seem to be a certainty.

However, according to Business Insider, experts were predicting that the country would fall all the way back in 2014, and its still here.

No matter how grim it gets, Venezuela still sits on the largest oil reserves in the world.

It is obviously still fighting—as evidenced by selling crude oil to the United States at such a low price—and asking for international assistance with the electrical power issues.

Venezuela may be down, but it’s not out of the fight yet.

Low Rates Leading To A Surge In Bond Selling